The first visit by US Secretary of State to Kazakhstan Mr. James Baker, took place thirty years ago, on September 15-16, 1991. In many respects, it laid the foundations of the constructive and equal cooperation between the two states.

Mr. Baker arrived in Alma-Ata from St. Petersburg with his wife Susan, accompanied by US Ambassador to the USSR Robert Strauss, State Department Director of Policy Planning Dennis Ross, Assistant Secretary of State for Public Affairs Margaret Tutwiler, Assistant to the Chairman of the Joint Chiefs of Staff John Shalikashvili, Principal Deputy Under-Secretary of State for Defense Lewis Libby, Special Assistant to the President on National Security Affairs and Senior Director of Soviet Affairs at the National Security Council Ed A. Hewitt, Deputy Chief of Mission at the US Embassy in the USSR James Collins, and other officials.

The preparation for the stay of the US Secretary of State in Alma-Ata was entrusted to the Ministry of Foreign Affairs of the Kazakh SSR, which I then headed. On the eve of the visit, the ministry assisted the staff of the US Embassy in the USSR, led by W. Downey, who arrived in Alma-Ata on September 9, in resolving a number of issues related to the preparation of the Secretary of State’s visit. 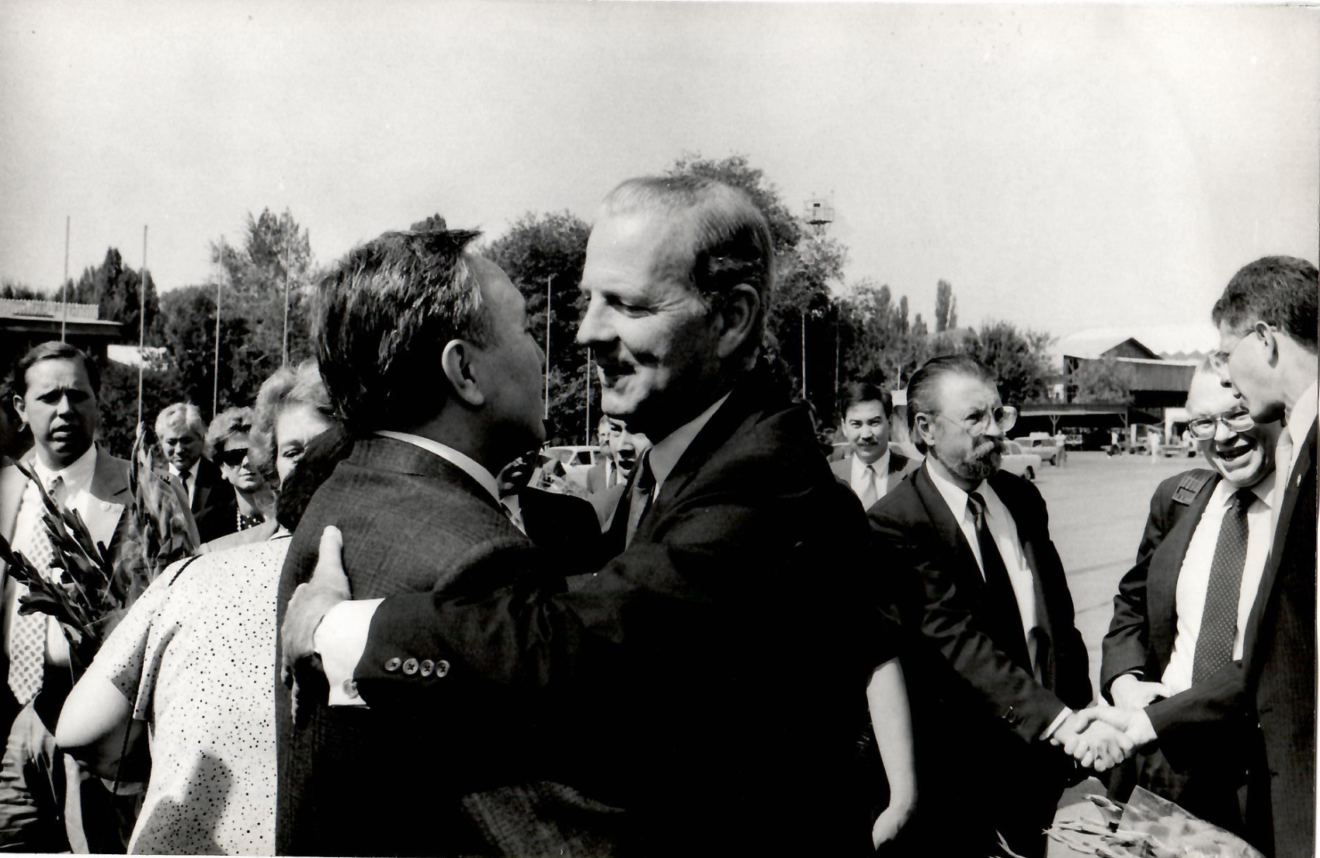